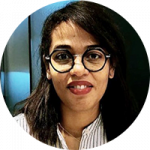 Parkinson’s Disease (PD) is the second most common neurodegenerative disorder after Alzheimer’s Disease (AD). It is primarily characterized by progressive degeneration of dopaminergic neurons in the Substantia Nigra pars compacta (SNpc) of the brain and the subsequent loss of the striatum’s dopamine circuit [1][2]. These neurons are involved in voluntary movements. Recent research [2] sought to prove that neuroinflammation plays a significant role in the neurodegenerative process of the disease.

Prevalence of Parkinson’s Disease in a few figures

Triggers and Facilitators of Neuroinflammation

The primary risk factor for PD is age. Even physiological aging is characterized by a progressive decline of motor abilities and pathoanatomic features of neuronal degeneration in the brain [3]. It has been proven that a healthy but aging brain has a process characterized by an imbalance of pro- and anti-inﬂammatory mechanisms—an increase in pro-inflammatory cytokines and a decrease in anti-inflammatory cytokines [1] [3]. The absence of an adequate anti-inﬂammatory response can fuel inﬂammation, propagating from cell to cell and at systemic levels. In addition, aging brains also have an increased number of activated microglia, which is a clear indicator of immune system activation, thus explaining the link between the aging brain and neuroinflammation.

Moreover, several studies have reported changes in the intestinal microbiota during Parkinson’s Disease [2][3] [4]. An increase in the number of pathogens in the intestines has been associated with a possible increase in the risk of developing Parkinson’s Disease. Even a common infection induces an accumulation of α-synuclein in the gastrointestinal tract linked to an immune response [4]. The gut dysbiosis would increase intestinal permeability, causing systemic inflammation that could spread to the central nervous system through several neural pathways and systemic circulation [1] [4]. Inflammatory mediators promote α-synuclein misfolding and aggregation, and allow their propagation via the vagal nerves [1]. They eventually cause seeding in the brain stem and pathology of fibrous tissue in the central nervous system. Thus, data has revealed [3] that peripheral immune system activation exacerbates inflammatory responses in the brain and may cause or increase neurodegenerative processes. As in the case of Tau for Alzheimer’s Disease , it has been suggested that in PD α-synuclein self-propagates and spreads progressively in a prion-like manner [5].

The central nervous system (CNS) can trigger an immune response to maintain tissue structure and homeostasis, including removing pathogens, dead cells, or other cellular debris. This response is triggered by microglia, which make up 5-10% of total brain cells and 20% of the brain’s glial cell population [2].

It is known that inflammation can also occur in response to molecules secreted by neurons as they degenerate with age, a condition known as neuroinflammation [3].

Activation of microglia can be provoked in response to Parkinson’s Disease-related proteins (α-synuclein) and to soluble mediator-releasing molecules released by dying neurons, matrix metalloproteinase-3 (MMP-3), neuromelanin, ATP, and m-calpain, causing the secretion of toxic mediators (ROS) by microglia. These are lethal to neighboring cells and stressed neurons.

Astrocytes are the most abundant glial cells in the CNS. Astrocytes are involved in the BBB’s (Blood-Brain Barrier) maintenance and permeability [2]. They are essential regulators of neuronal activity and cerebral blood flow. Nevertheless, while the brain-related findings are compelling, the role – and dysfunction – of the BBBs must still be further investigated. Several CNS pathologies, including neurodegenerative diseases, cause increased BBB permeability and dysfunction [2] [3].

It has been discovered that the secretion by microglia of IL-1β and TNF-α can activate astrocytes causing neuronal loss, which probably contributes to the observed neurodegeneration.

Overall, microglia and astrocytes play an important role in maintaining CNS homeostasis, and these neuroprotective roles are lost in the event of brain injury. Furthermore, it is clear that the two glial cells are in constant interaction, and that activated microglia can activate astrocytes [2].

T cells move from the naive to the activated state by recognizing MHC II molecules loaded with their related antigens (α-synuclein epitopes) on microglia and other antigen-presenting cells. An increased presentation of the α-synuclein epitope increases the probability of activation of speciﬁc T cells.

The proinﬂammatory state of the microglia induced by the interaction with T cell subtypes (Th1 and Th17) is characterized by the production of tumor necrosis factor α (TNF-α), interleukin 1 β (IL-1β), IL-6, and the expression of inducible nitric oxide synthase (iNOS). The microglial response in Parkinson’s Disease has been previously examined where associated T cells help eliminate α-synuclein and repair cell damage or, in the case of Parkinson’s Disease, participate in the death of dopaminergic cells and perpetuate a neurotoxic environment and proinﬂammatory conditions [6].

Neuroinflammation and oxidative stress are induced by either activated microglia or astrocytes and infiltrated T cells, resulting in ROS production and IL-6,
TNF-α, and IL-1β release. These inflammatory and stress stimuli activate the c-jun N-terminal kinase (JNK) and p38 pathways after activation of Mitogenactivated protein Kinase Kinases (MKK) such as MKK4. Eventually, this signaling pathway causes neurodegeneration and apoptosis [4].

Although great progress has been made toward understanding how the interactions between neurons and glial cells are disrupted in neurodegenerative diseases, many aspects of inflammation-driven neurodegeneration remain unclear. Strategies to modulate the activity of microglia, astrocytes, and the gut-brain axis could help tilt the inflammatory balance in the right direction to treat Parkinson’s Disease more effectively.