In the treatment of Human cancer, KRAS remains an untouchable target of choice 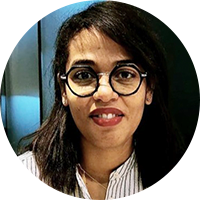 The KRAS gene (homologous to the viral oncogene of Kirsten rat sarcoma 2) is a proto-oncogene that codes for a small GTPase transducing protein called KRAS belonging to the RAS superfamily.

The KRAS protein (p21-RAS) exists as two splice variants, KRAS4A and KRAS4B, of which KRAS4B is the dominant form more highly expressed in human cells [1]. This protein changes from an inactive to an active form by binding to GDP and then to GTP. The transition between these two states is regulated by guanine nucleotide exchange factors (GEF), such as SOS1 (Son of Sevenless), or by different mechanisms that involve catalyzing GDP exchanges against GTP, such as GAP (GTPase activating protein), potentiating the intrinsic activity of GTPase or accelerating GTP hydrolysis by RAS [1][2]. KRAS is involved in regulating cell division due to its ability to relay external signals to the cell nucleus [2].

The newly synthesized RAS protein in the cytosol will undergo a farnesylation step at the cysteine residue of the CAAX domain. The proteolytic cleavage of CAAX by the RAS-1 converting enzyme (RCE1) and the carboxymethylation of the farnesylated cysteine is catalyzed by isoprenylcysteine carboxymethyltransferase (ICMT). A final step of RAS palmytoylation (by a golgian palmitoyltransferase) will allow its association with intracellular vesicles and its absolute anchoring to the plasma membrane [3].

In response to extracellular stimuli such as EGFR [3], the conversion of inactive RAS-GDP to active RAS-GTP promotes various signaling pathways, including the MAPK pathway, the PI3K pathway, and the Ral-GEFs pathway. RAS-GTP is known to bind directly to the RAF protein; they dimerize and become active [1]. The activated RAF then performs a chain of phosphorylation reactions to its downstream substrates, namely MEK and ERK. Transduction signals from the cell surface to the nucleus affect cell differentiation, growth, chemotaxis, and apoptosis. Due to these effects, KRAS causes changes in the cytoskeleton and therefore affects the shape, adhesion, and migration of cells [2].

Roles and consequences of KRAS mutation in human cancers

The most frequent mutations in the KRAS gene are found mainly at codons 12, 13, or 61. Glycine 12 (G12C) mutation causes KRAS activation by interfering with GAP binding and GAP-stimulated GTP hydrolysis [1]. Thus, the GTPase activity of the mutated p21-RAS is reduced, as is its ability to interact with GAP. The functional consequence of this mutation is overactivation because p21-Ras is permanently linked to GTP. The mitogenic, migration, invasion, and angiogenesis signals are thus permanently activated without prior activation induced by the binding of a growth or pro-angiogenic factor to its receptor [4].

Clinical trials have also shown that the activation of mutations in the KRAS gene can contribute to tumor progression by affecting the expression of vascular endothelial growth factor (VEGF), which plays a critical role in tumor angiogenesis. Also, in a cohort of patients with pancreatic tumors, 76% of patients with KRAS mutations showed higher VEGF expression, and their median survival was shorter than that of patients with tumors expressing the wild-type allele [2].

In human cancer, the RAS gene is one of the most frequently mutated oncogenes, though not uniform in frequency and distribution. RAS genes code for four closely related protein isoforms: HRAS, KRAS-4A, KRAS-4B and NRAS. The KRAS-4B gene is the dominant isoform in human cancers and is present in approximately 90% of pancreatic cancers, 30-40% of colon cancers, and 15-20% of non-small cell lung cancers (NSCLC)[1].

KRAS protein is an ideal target for cancer therapies

Activation of KRAS protein mutations indicates a poorer prognosis for cancer patients. Because of its high mutation frequency in human cancers, KRAS is an attractive oncology target. However, attempts to target KRAS and its regulators directly and selectively have so far yielded disappointing results. A majority of the small molecule binders reported are biochemically weak and exhibit micromolar activity requiring extensive therapeutic use development.

One promising approach is to exploit the oncoprotein KRAS-G12C, one of the three most common mutants in KRAS-induced cancer. The discovery that cysteine 12 is found in close proximity to an inducible allosteric pocket has led to the identification of covalent inhibitors that demonstrate the ability to directly and selectively target the mutant KRAS protein, with the apparent advantage of achieving specificity over the wild-type protein. The inhibitor ARS-1620, a covalent compound with high potential and selectivity for KRAS-G12C, traps the mutant in an inactive state. As such, this ARS-1620 inhibitor is potent, selective, orally bioavailable, and well-tolerated, allowing it to rapidly and durably reach an in vivo target to induce tumor regression [4]. Additionally, the G12C targeting covalent inhibitor AMG 510, the first compound to show success in treating patients in clinical trials, has recently received breakthrough therapy designation by the FDA for the treatment of patients with non-small cell lung cancer (NSLC).

KRAS has been shown to be an essential signal transducer involved in regulating various cellular responses, with a profound effect on the rate of proliferation of both normal and cancer cells. This makes KRAS a promising target of choice for anti-cancer therapies.

PerkinElmer has made available a range of KRAS dedicated solution kits to help you with your research. HTRF® technology, a ready-to-use test platform – provides fast and accurate results for measuring KRAS protein-protein interactions (PPI) involved in KRAS signaling pathways.