In the nucleus, ​High-mobility group box 1 (HMGB1)  interacts with DNA and histones to determine chromatin structure. Once released, HMGB1 acquires a new role as an alarmin or a damage-associated molecular pattern (DAMP) and is capable of initiating a state of inflammation by binding TLR4 and promoting the production of cytokines.

Necrosis, pyroptosis,  and apoptosis are mechanisms of regulated cell death that have been shown to lead to the release of different forms of HMGB1. In pyroptosis, HMGB1 is released together with IL-1b and IL-18.

HMGB1 is implicated in the pathology of several auto-immune diseases, including rheumatoid arthritis (RA) and systemic lupus erythematosus (SLE).

Can we help you?

Have any question? Our teams are on hand to help you and reply to your enquiry.

Find your contacts at our offices and laboratories.

HMGB1 is measured using a sandwich immunoassay involving two specific anti-HMGB1 antibodies, respectively labeled with an HTRF donor and acceptor dyes. The intensity of the signal is directly proportional to the concentration of HMGB1 present in the sample.

The assay protocol, using a 384-well small volume white plate or a Cisbio low volume 96-well plate (20 µL final), is described on the right. 16µl of cell supernatant, sample, or standard are dispensed directly into the detection plate for detection by HTRF® reagents. The antibodies labeled with HTRF donor and acceptor can be pre-mixed and added in a single dispensing step, to further streamline the assay procedure. The assay can be run in 96- to 384-well plates by simply resizing each addition volume proportionally.

Each of the 3 samples was measured 24 times, and % CV was calculated for each sample.

Each of the 3 samples was measured 24 times, and % CV was calculated for each sample.

Recombinant HMGB1 provided in the kit (standard) was serially diluted in diluent #5, following the procedure featured in the kit’s package insert. The HTRF signal, expressed as a delta ratio, was plotted as a function of the HMGB1 concentrations tested.

To induce necroptosis, THP1 suspension cells were dispensed into a 96-well culture at a density of 400K cells per well in 200 µL of RPMI 1640 supplemented with 10% FCS, 2 mM L-glutamine, and 25 mM HEPES. In selected wells the caspase inhibition was induced by a 1 h treatment with Z-VAD-FMK (25 µM final). After low speed centrifugation, the medium was carefully withdrawn by gentle aspiration and new medium was added. Following caspase inhibition, TNFα (100 ng/mL final) was added either alone or in combination with the cIAP inhibitor BV-6 (5 µM final) to induce necroptosis. After overnight incubation, the supernatants were collected and tested for the presence of HMGB1, following the instructions listed in the kit’s package insert. Results are presented expressed in concentrations of HMGB1.

To induce pyropoptosis, THP1 suspension cells were dispensed into a 96-well culture at a density of either 200K or 400K cells per well in 200 µL of RPMI 1640 supplemented with 10% FCS, 2 mM L-glutamine, and 25 mM HEPES. Priming of the cells was done with a final concentration of 1 µg/mL LPS. After a 3 h priming and low speed centrifugation, the medium was carefully withdrawn by gentle aspiration and new medium was added. In selected wells, Nigericin was added at a final concentration of 8 µM to induce pyroptosis. After overnight incubation, the supernatants were collected and tested for HMGB1, following the instructions listed in the kit’s package insert. Results are presented expressed in concentrations of HMGB1.

During pyroptosis, HMGB1 secretion is mediated by NLRP3 inflammasome. A first signal, termed 'priming', is typically provided by microbial molecules such as lipopolysaccharide (LPS). Priming induces NF-κB-dependent expression of NLRP3 and pro-IL1β. A second signal, called 'activation', is provided by danger molecules (such as extracellular ATP) or antibiotics (such as Nigericin). This leads to the activation of the inflammasome, is followed by caspase activation, and finally by  the secretion of HMGB1 together with IL-18 and IL-1β.

During necroptosis, which is a form of necrotic death governed by Receptor-Interacting Protein Kinase 1 and 3 (RIPK1, RIPK3), Mixed Lineage Kinase Domain-Like (MLKL), as well as caspase 8, HMGB1 is released and not IL-18 or IL-1β. TNFalpha leads to stimulation of its receptor which recruits TNFR-associated death protein (TRADD), and to TNF receptor-associated factor 2/3 (TRAF2/3) signaling to RIPK1 which in turn recruits RIPK3, thus forming the necrosome complex.

All your HTRF assays in one document! - Catalog

How HTRF compares to Western Blot and ELISA

Get the brochure about technology comparison. - Brochures

An innate and adaptive immunity recap

Insight into the diversity of cells & signaling pathways - Guides

Choosing the right microplate reader ensures you’ll get an optimal readout. Discover our high performance reader, or verify if your lab equipment is going to be compatible with this detection technology.

A collection of the most important NAFLD pathways

An innate and adaptive immunity recap 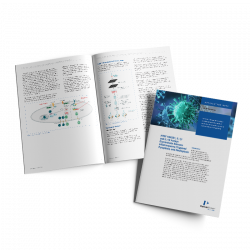 Neurodegeneration and its main related diseases 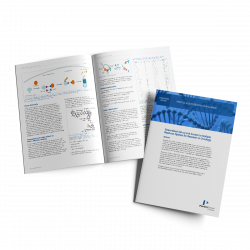 Assay kit for the detection of Phospho-NDRG1 (Thr346)